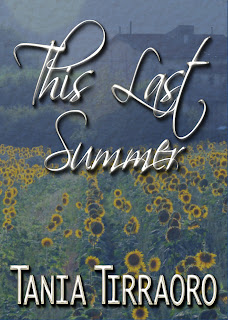 TV journalist, Maddie Chambers, is reporting on a fire when she stumbles upon a shocking family secret. Strong emotions are unleashed when she discovers her mother, who walked out on them when Maddie was a child, is alive and living nearby.
Maddie's already got her hands full holding her own in a newsroom full of the treacherous and the lecherous. She's also facing the dilemma of what to do about an irresistible attraction to a married colleague.
Now she, her father and brilliant, but autistic brother must decide how to respond to their mother's return. It's a decision made more heartbreaking when they find out her mother's been diagnosed with a life-threatening illness.
In this emotionally-charged page turner, described by reviewers as 'thought-provoking', Tania Tirraoro puts to good effect both her years as a TV reporter and her experiences as the parent of sons with Asperger Syndrome.

INDEPENDENT REVIEW
This is an emotionally packed drama that will have you turning pages faster than you can blink. Immediately, I bought into the character of Maddie, a woman with unshaken courage to move forward despite being abandoned by her mum. She is focused, and self-sacrificing. Maddie’s emotions and choices she makes in this book are completely in character, and inline with how most people might react to her situation.
However, Mum is not heroic, or easily forgiven. I often saw Maddie’s problem with her. Her father, brother, and Grandmother’s behavior doesn’t help Maddie, and her office romance becomes more complex. Maddie is her biggest antagonist, and the author, Tirraoro really pours out the inner turmoil. There are extreme moments of inner dialogue that pulled at my heartstrings. From the beginning, this story has a bittersweet solution that provokes tears and laughter.
Review from Good Book Alert Review Blog

Read a sample of This Last Summer