Just as your kids decide to do no reading whatsoever over the summer holidays, Amnesty International UK has compiled a list of recommended books for young readers to enjoy. If you're interested in helping to improve your children's social conscience, take a look at this list, split into age groups.
Amnesty’s top picks explore and celebrate human rights - including themes of family life, justice, racism and the refugee crisis - and have been selected for three age ranges: younger readers (3-7 years); junior readers (8-12 years); and teens (13-16 years).
Nicky Parker, Publisher at Amnesty UK, said:
“At Amnesty, we believe that reading fiction can help develop our empathy and understanding of social justice. There’s nothing better than a powerful story to make us think about what it might be like to be someone else.
“Our lists of top summer reads have been carefully selected to help nurture young readers’ sense of individual freedom and self-expression. We hope these books will inspire children to take pride in the ways they are different and special, and help give them the confidence to stand up for themselves and others.”
For more information about Amnesty Books and the lists below, see here.

Silver Buttons, by Bob Graham,celebrates diversity and tells the story of a young girl, Jodie, who is busy drawing a duck wearing boots with silver buttons.
Welcome, by Barroux,tells the story of three polar bears that are set adrift in the ocean after part of their ice float suddenly breaks off. It explores themes of difference, belonging and climate change, and has powerful echoes with the current refugee crisis.
Vanilla Ice Cream, by Bob Graham, celebrates the interconnectedness of our world through the journey of a young sparrow from an Indian rice-paddy to a city in the North.
There’s a Bear on My Chair, by Ross Collins,which was awarded the Amnesty CILIP Honour 2016, is a witty portrayal of activism and peaceful protest, told through the story of a tiny mouse attempting to move a bear from his favourite chair.
No!, by David McPhail, tells the tale of a young boy in a war-torn country, who sets off to post a letter and witnesses an act of cruelty on his way. It highlights how everybody – even young children – is capable of taking a stand against oppression.
Luna Loves Library Day, by Joseph Coelho and illustrated by Fiona Lumbers,shows the power reading can have in bringing families together.
Swimmy, by Leo Lionni,brings to lifean underwater world in a wonderful story about togetherness.
Oliver, by Birgitta Sif, is a celebration of difference and an exploration of how true friendship springs from self-acceptance.
My Little Book of Big Freedoms, by Chris Riddell, helps readers understand why human rights are so important for leading a free, safe and happy life.
What Are You Playing At?, by Marie-Sabine Roger and Anne Sol, is a ‘lift-the-flap’ book that aims to challenge rigid gender norms around childhood play.
So Much!, by Trish Cooke and illustrated by Helen Oxenbury, is a warm and humorous portrayal of family life.
Odd Dog Out, by Rob Biddulph,is a story of a lonely dog who packs her bags for Doggywood, where she feels she belongs. Itemphasises the importance of individuality and the freedom to live as one chooses.
Handa’s Surprise, by Eileen Browne,is a storyabout sharing and friendship, in which a series of wild animals find Handa’s picnic basket far too tempting.
Footpath Flowers, by JonArno Lawson and illustrated by Sydney Smith, is a wordless picture book about a young girl who gathers wild flowers and transforms people’s lives when she gives them away.
How To Look After Your Dinosaur, by Jason Cockcroft, is a humorous guide for prospective dinosaur-owners and a story about friendship.
I Have the Right to Be a Child, by Alain Serres and illustrated by Aurélia Fronty,uses pictures to bring the Convention on the Rights of the Child to life and help young readers understand their rights.

Dreams of Freedom, is Amnesty’s latest book, which combines the words of human rights heroes such as Nelson Mandela, Anne Frank and Malala Yousafzai, with beautiful illustrations from renowned international artists including Oliver Jeffers and Chris Riddell.
Peter in Peril, by Helen Bate, is a graphic novel based on a true story about a boy named Peter who is Jewish and living in 1940s Hungary.
Two Weeks with the Queen, by Morris Gleitzman, follows Colin, a young boy who has a plan to break into Buckingham Palace. It is a witty and empathetic book that deals with some difficult themes, such as bereavement and homophobia.
The Bone Sparrow, by Zana Fraillon,winner of theAmnesty CILIP Honour 2017,highlights the plight of Burma’s Rohingya people and details life inside a detention centre in Australia.
Tender Earth, by Sita Brahmachari,is about 11-year-old Laila Levenson who feels daunted by the prospect of secondary school but begins to find her own voice after discoveringNana Josie's protest book. 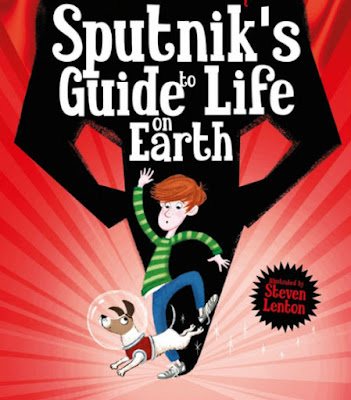 Sputnik’s Guide to Life on Earth, by Frank Cottrell Boyce,follows Sputnik and Prez on a series of unbelievable mishaps, scrapes and adventures, and celebrates the importance of finding a home in a very big universe.
The Hypnotist, by Laurence Anholt,tells the tale of 13-year-old Pip who has to battle racial hatred when he goes to work as a farmhand. Set during the civil rights struggles of 1960s America,The Hypnotist explores the nature of prejudice and racist violence in a thoughtful and original way.
The Journey, by Francesca Sanna, explores the theme of migration through a child’s eyes as a mother and her two young children are forced to flee their country.
The Girl of Ink and Stars, by Kiran Millwood Hargrave, is a captivating story about Isabella, the daughter of a cartographer, who is the only person with the skills to find her best friend Lupe when she goes missing.
A Story Like The Wind, by Jill Lewis and illustrated by Jo Weaver, tells intertwined stories about loneliness, the need for shelter, and how music can provide solace for those who are struggling.

Max,by Sarah Cohen-Scali, is about Max, a boy born into the Nazi Lebensborn programme designed to engineer ‘perfect’ Aryan children, who comes to question the world view he has been fed growing up.
Here I Stand: Stories that Speak for Freedom,is a compelling collection of stories, poems and graphic narratives put together by Amnesty which explore different aspects of our human rights.
The Art of Being Normal, by Lisa Williamson, is a powerful portrayal of two young people struggling to assert their identity in an often hostile and unforgiving world 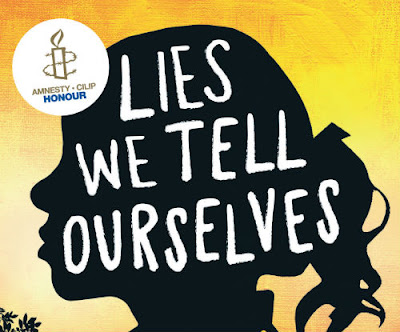 Lies We Tell Ourselves, by Robin Talley, is a coming-of-age novel about two brave young women who confront racism and homophobia to live as they choose.
The Stars at Oktober Bend, by Glenda Millard, is narrated by 15-year-old Alice Nightingale who has suffered a brain injury and struggles to express herself. It explores themes of sexual assault, poverty and racism.
The Hate U Give, by Angie Thomas, is inspired by the ‘Black Lives Matter’ movement and follows 16-year-old Starr, whose life changes forever when she witnesses a policeman murder her childhood friend, Khalil.
Orangeboy, by Patrice Lawrence, is a fast-paced thriller that gives an original and fresh perspective on the struggles facing London’s teenagers and the pressures that surround gang culture.
Salt to the Sea, by Ruta Sepetys,follows a host of characters in Germany 1945 as they seek shelter from the Red Army aboard theWilhelm Gustlof. This is a tragic story that has rarely been told.
Alpha, by Bessora and Barroux, is a graphic novel that follows the story of a father who leaves Ivory Coast in the hope of reaching Paris to be reunited with his wife and child.
Straight Outta Crongton, by Alex Wheatle, follows 15-year-old Mo growing up in the tough, crime-ridden neighbourhood of South Crong.
What are your recommended books this summer?

SaveSave
Posted by Tania Tirraoro at 16:58